Gambling law in the USA has long been a confusing subject for both land-based and online casinos. The history of how gambling laws came into force dates back to the 18th and 19th centuries when the British Crown was still the ruling body. It then moves through to the old-style gambling on the Mississippi River, California, Louisiana, Nevada, and New Jersey until finally we reach the era of online gambling. Today, 6 states allow online casinos, 7 allow online poker, and there are over 15 states with legal online sports betting. Below we look how the US gambling market has evolved from lotteries to today’s newly regulated land-based and online casino markets.

Today you can legally gamble online at casinos. Such as those listed on this Caziwoo casino list. Understanding how gambling laws in America led up to legalized online casinos, poker, lotteries, and sport betting can help gambling operations and players understand whether they are gambling legally or not.

Where did gambling in the USA begin?

It’s hard to say. Some say it dates back to the 17th century in the Old West, but this was usually gambling for shooting skills and fighting. Poker didn’t arrive until the 19th century, which became prevalent in taverns and saloons. All that being said, gambling was already prevalent in Europe, and many of the first settlers in the US brought gambling with them. At the time, there were no laws restricting gambling. In fact, lotteries were extremely popular in early US history, and were used as a way to raise funds for educational facilities and other state revenue.

American gambling thrived after the revolution with the New Orleans section of the Mississippi River taking to cards games, roulette, Monte, faro, chuck-a-luck, and blackjack, then known as vingt-et-un due to its French origins. However, the new US government decided to heavily restrict gambling pushing those that wanted to gamble to other non-regulated or less heavily regulated areas/regions/states.

Gambling really took off US-wide when railroads connected the country’s vast states. San Francisco became a hotbed for gamblers during the gold rush. This is when the Old West really gained a reputation for card games like 5-Card Draw poker, and at the same time the New Orleans gambling industry lost a lot of its gambling base.

When were the first restrictions on gambling in the US put in place?

It was the British Crown that began to place restrictions on gambling with the first regulations applied to lotteries in 1769. These new laws actually became one of the many issues that caused tension in the colonies. Of course, these laws disappeared after the revolution and new ones were put in place by the governing bodies that replaced the British Crown, which today we know federal and state level legislation. As for lotteries, by the 19th century lotteries were outlawed across nearly every state. But other forms of gambling were already in their element.

After this, came organized crime gangs running illegal betting and casino operations in cities, towns, and with the corruption (paying off the authorities), gambling thrived. It was at this point legislators saw an opportunity to legalize gambling and earn tax dollars.

Legalization of Gambling in Vegas (1929)

Nevada was one of the first states to legalize gambling back in 1929. It remained one of the few legal places to gamble even after the second world war ended in 1944. As such, Las Vegas grew with immense investment and became a go-to destination for gamblers. By the 1960s Vegas was booming.

Legalization of Gambling in Illinois, Louisiana, Atlantic City and others

An interesting point to make is that right now in the USA’s current legal gambling climate, only Louisiana and Nevada allow gambling statewide. Other states that began to legalize gaming in the 20th and 21st centuries decided to restrict gambling to certain areas. For example, Atlantic City in New Jersey and Detroit in Michigan.

In the case of Illinois and Louisiana, these states legalized gambling on riverboats. Many other states soon followed, while some states have mixed laws for different forms of gambling. These states are allowed to issue gambling laws that override federal laws. Although federal law does allow gambling with most of its restrictions focused on online gambling. However, and yet again, state laws can override the federal laws.

The Legalization of Online Gambling via State Laws

Online gambling in states in which gambling is restricted to an area somewhat moves goalposts or is open to interpretation. The way in which gambling operations can get around this is by holding a license and the servers inside casinos that are already licensed. Effectively this means a data center inside the casino players connect to, which means the person is still gambling within the restricted area. Very clever!

Now, according to federal law ‘The Unlawful Internet Gambling Enforcement Act of 2006 (UIEGA)’ does not make online gambling illegal for players, but it does mean operators cannot open an online gambling operation. While the ‘The Federal Wire Act of 1961’ outlaws financial transactions with online casinos using US dollars. However, states can override these laws and create an eGaming framework.

Today, the history of gambling in the US has led us to new online gambling laws that allow players to play online casino games, poker, and bet on sports in Michigan, Delaware, Connecticut, West Virginia, New Jersey, and Pennsylvania. Nevada also allows online poker but not online casinos. On top of this, online and/or mobile sports betting only (no online casinos or poker) is now legal in other states such as Nevada, Colorado, Indiana, Illinois, Iowa, New Hampshire, Oregon, Rhode Island, Tennessee, and more. 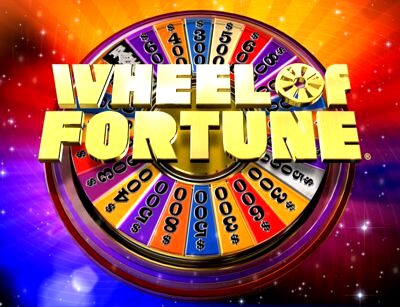